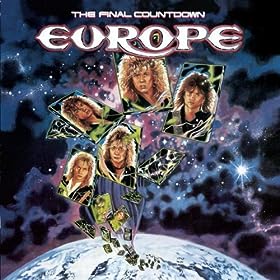 There has been a lot of brou-ha-ha lately about Jon Bon Jovi's idiot attempt to justify his sagging record sales to an aging audience by blaming it on digital music:

Kids today have missed the whole experience of putting the headphones on, turning it up to 10, holding the jacket, closing their eyes and getting lost in an album; and the beauty of taking your allowance money and making a decision based on the jacket, not knowing what the record sounded like, and looking at a couple of still pictures and imagining it. I hate to sound like an old man now…

Too late. And everyone knows the good record stores go up to 11.

…but I am, and you mark my words, in a generation from now people are going to say: ‘What happened?’ Steve Jobs is personally responsible for killing the music business.

I am a child of the 80's and I remember doing just that. Buying an album, not knowing what it sounded like, imagining it by looking at the jacket. You know what? IT SUCKED! One good song on the radio, and 8 or 9 crappy tracks on the album that I bought.

I would tape songs off the radio (PIRATE!!!!) to get the one track I wanted so I wouldn't waste money on songs that wouldn't even make it to a B-side of a 45. Everyone remembers "The Final Countdown" or "Carrie" by Europe, but when was the last time someone was super-excited about "Ninja "?

Digital music has made it easier to discover new music by not requiring me to commit $14.99 for a CD at Sam Goody to listen to a song I might like. I have spent over $2000 on legitimate digital music in the last 3 years, partially on iTunes and mostly on Amazon mp3. This is far more than I ever spent on vinyl or plastic discs. A lot of that money was spent on individual tracks. Just because I saw Eminem sing a great song at the Grammy's does not mean that I want 45 minutes of his white-boy ramblings shooting in to my ears. I want THAT song.

The music business has a history of corruption, payola, unfair contracts, forced album releases, and more unsavory things. They help some, to be sure. But the reality is, the "music business" is responsible for flooding the airwaves of terrestrial radio with the same Bieber and Gaga songs over and over again. There is no variety on the radio anymore because most of "radio" is owned by a handful of companies that send the same playlists to every one of their stations. Even Pandora, which I love, is subject to periodic repeats. None of this is because DJs want to play the same 10 songs over and over. It's because the "music business" controls what is played on the radio, and what is played is whatever CD they're trying to hawk this week.

As someone who makes the bulk of my living in the entertainment industry, it's a weird time. I like to think the big-money mainstream "music business" and "big 4 TV networks" can co-exist with the independents and the internet channels. I think they can and will for a long long time. "LOST" will never be an internet show. "This Week In Google" [iTunes link] will never be a network show. And that's OK.

The Problem With Keyboard Shortcuts on iOS