This never would have happened if Steve Jobs was around

Phil Schiller said Apple displayed “courage” in removing the headphone jack. He got a lot of flack for using that term, and maybe rightfully so.

It was explained as such…(emphasis mine):

We’re trying to make great products for people, and we have at least the courage of our convictions to say we don’t think this is part of what makes a great product, we’re going to leave it out. Some people are going to not like that, they’re going to call us names […] but we’re going to take the heat [and] instead focus our energy on these technologies which we think are in their ascendancy and we think are going to be the right technologies for customers. And you know what? They’re paying us to make those choices […] If we succeed, they’ll buy them, and if we don’t, they won’t, and it’ll all work itself out.

That explanation was from a 2010 All Things D interview with Steve Jobs where he was defending Apple’s refusal to include Flash on mobile devices. I think it can be applied to the headphone jack, and a thousand other decisions Apple makes. Apple has always given the consumers less choices, but usually the right choices. iPads don’t have a VGA port, laptops don’t have optical drives, and now iPhones don’t have headphone ports.

Apple isn’t always right (no-button iPod Shuffle leaps to mind), but they were right that Flash was a bad idea on mobile, and I tend to side with them that the headphone jack has outlived it’s own necessity on mobiles as well.

You can see the video below:

After rewatching this video clip, I think the end is way more important than the “courage” part -

If we succeed, they’ll buy them, and if we don’t, they won’t, and it’ll all work itself out.

Going back to my AirPods post, if they’re not for you DON’T BUY THEM. Same goes for any product. If you don’t like it, don’t buy it. If it works for you, go get it. 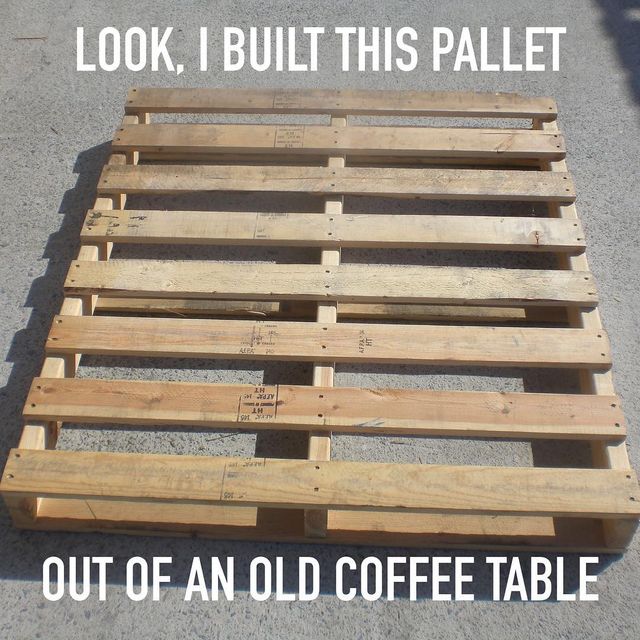 Am I doing this whole 'pallet' thing right?