Can't We Talk About It?

After a rambling, but accurate and interesting, list of quotes by Beck, O’Reilly, Limbaugh, Levin, and more, David Frum says:

This talk did not cause this crime. But this crime should summon us to some reflection on this talk.

I have to agree. As I said yesterday, there is no known connection between the Tucson shooter and the Palin poster, but that doesn’t mean we can’t talk about the Palin poster, or the hate speech that may incite this type of violence. As of late, it has been mostly from the extreme right wing. Roger Ebert tweeted:

He’s right. Historically, though, inciteful language has been used by the extremes on both sides of the political spectrum. Even Barack Obama, in a campaign speech, said

If they bring a knife to the fight, I’ll bring a gun.

Bottom line, there is no excuse for violent imagery or language in political discourse. The new House of Representatives just read the Constitution when opening for business this year. Politicians don’t speak like this anymore. I know times have changed, and Americans don’t speak like that anymore either. But here’s the thing: I want my politicians to be better than me. I don’t want “regular folks” running this country. It’s far too complicated a machine. I expect my political leaders to be more educated, better trained, and more selective in their language.

While I’m on a little rant, let’s not forget the cable news media machine that all fed off of each other’s misinformation. NPR “confirmed” that Giffords had died. Then Fox News “confirmed” it, then MSNBC and CNN followed. What exactly did they use to “confirm” it? That Sprint Store employee who happened to be working across the parking lot? He was on every news channel, admitting that he didn’t even see anything, he just heard it. I’m sure they didn’t get confirmation from a law enforcement or hospital official. Is this the fact-checking we’re settling for as an audience? What’s next? Speeding tickets based on information from the pizza guy? 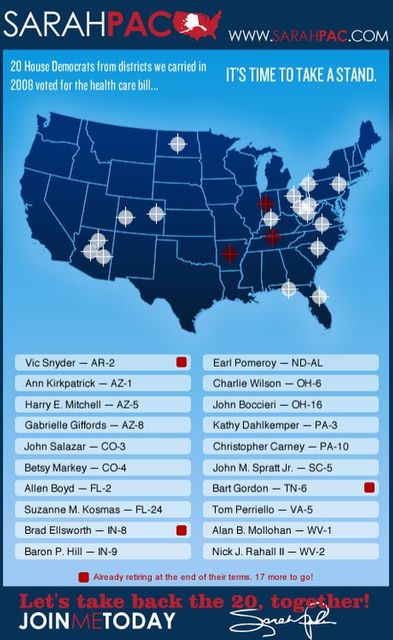