As I tweeted earlier today, it seems that many websites are putting their advertisers in front of their users.

I’ve started screenshotting these offenses, and then running them through Skitch and highlighting the important stuff.

Macworld on the iPad is horrendous. I like the content, being the Apple nerd that I am. But going to the actual site is a nightmare. Here’s the screenshot: 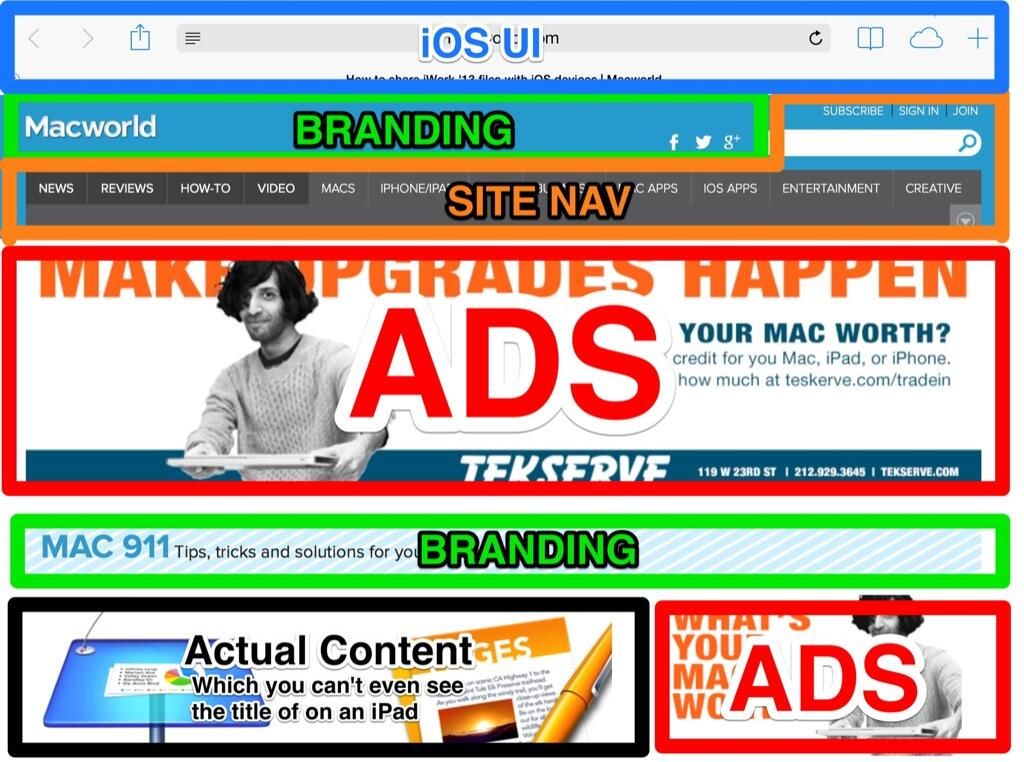 Let’s go over this together.

I get that websites have to advertise to make money. I also get that no one will read your website if they can’t actually see the content. I’d like to see the click-through numbers on the giant banner ad vs. the tasteful sidebar ad.

If THIS, then THAT
Next ⇨