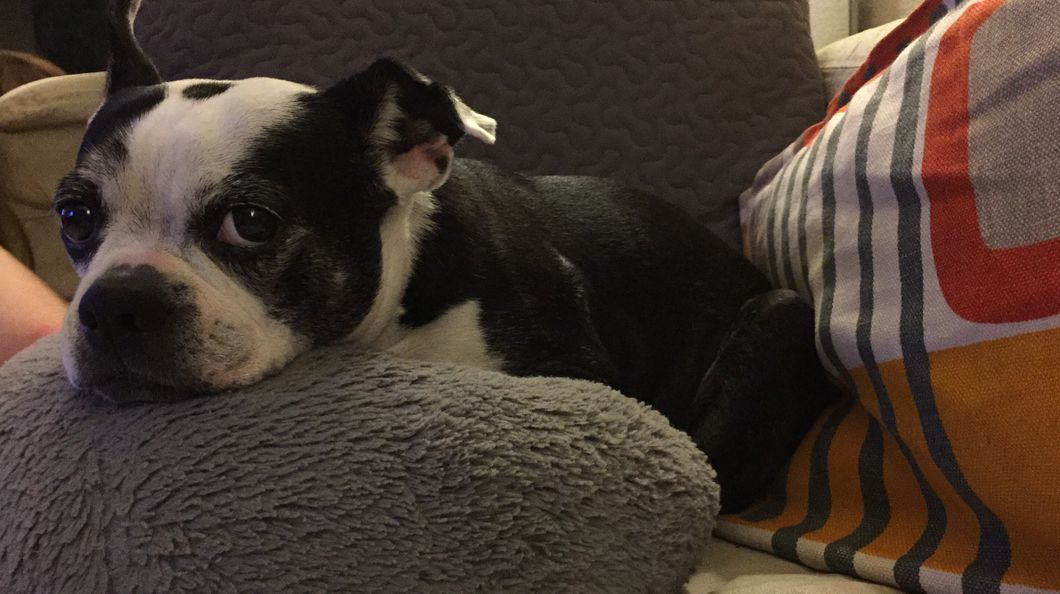 What do you do when your dog goes deaf? Learn some new tricks.

They say you can’t teach an old dog new tricks. I’m betting that they is wrong.
Isabelle (better known publicly as The Bug Dog), is about to start some new training at the ripe old age of eleven and three-quarters.

After a couple of bad ear infections and some allergy issues, The Bug is now pretty much deaf. She doesn’t run to the kitchen at the sound of a crinkly bag opening. She no longer charges the foyer with her favorite skunk toy (which is also eleven years old) to greet whomever opened the door. Now, if she’s on the rug by the front door, she gets bumped in the ass because she doesn’t hear the door opening. Instead of frustrating her human overlords by ignoring simple commands, she just frustrates us by not hearing them to begin with. Dog whistles don’t even work.

So, we’re teaching (and learning) a new set of tricks. Hand signals are the only option, so that’s what’s next. We’ll be spending some time learning standard hand signals, which I used to know back when The Bug was in agility classes and we were both much younger. Once we get them down, we’ll start teaching Isabelle.

The good news is, after the heavy drugs from the latest ear infection wore off, The Bug is mostly back to normal.

Except for the whole deafness thing.

She doesn’t seem to miss hearing at all, and she still runs around the house carrying that old skunk begging for a game of tug-of-war. She’s compensating by actually looking at us a lot more, and tends to stay in the same room as us more than she used to.

Off to buy a crap-ton of treats. We have a lot of learnin’ to do.

[UPDATE] After a few rounds of antibiotics, some of the hearing came back! She can’t hear nearly as well as she used to, but at least she notices when we get home. She also, strangely, can hear the fridge opening still. 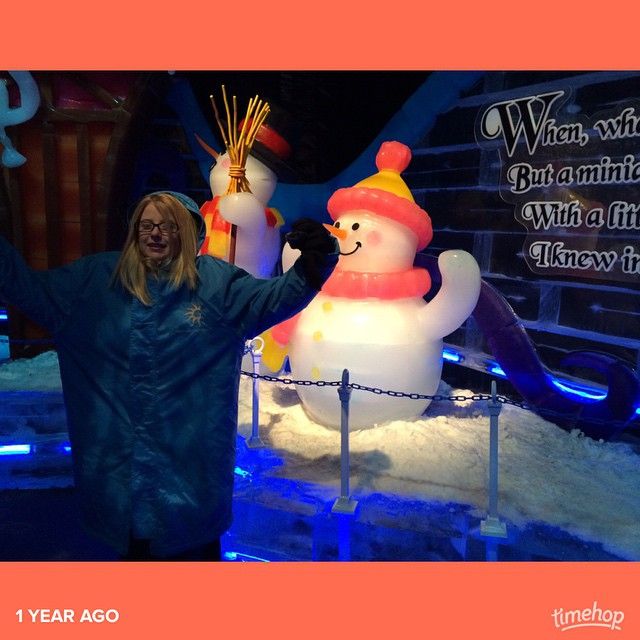 May or may not be out-posing a snow man
Next ⇨