Put Dvorak in a Home

Get off of my lawn!

In a rambling Dvorak-esque anti-logic diatribe on pcmag.com, resident crazy-pants get-off-my-lawn commentator John C. Dvorak thinks that Apple Should Spin Off the Macintosh

A recent “little change” got me thinking that Apple might spin it off its computer division into something I’m calling the Macintosh Computer Company: the renaming of OS X back to [sic] MacOS. Because what’s the point…unless something is up?”

Something is up, John. It’s called consistency. iOS, tvOS, watchOS, macOS. Get it? They renamed it to better fit in with their existing marketing, not make it ripe for selling off.

But Apple has failed to make any major upgrades to its MacBook lineup in over a year, prompting complaints from pundits and the public.

It seems like a good move to spread out updates, if people are spreading out purchases. Or is that just me? I’m not good at da bizness stuff.

He rambles on to say that moving Macs out of Apple will help, because…

…the Intel platforms are completely removed from Apple. All that stays is the ARM-based iPad.

Or maybe, just maybe, there’s an ARM-based Mac on the horizon.

And finally, he says Apple spinning off the Mac would be akin to IBM selling off Lenovo and making the Lexmark printer division. Well, Lenovo ain’t doing that hot and Lexmark has been out of business since 2012.

But I guess that’s expected from PCMag and Dvorak. His bio at the bottom of the page touts his “Cranky Geeks” podcast, which I used to really like. But it ended in 2010… 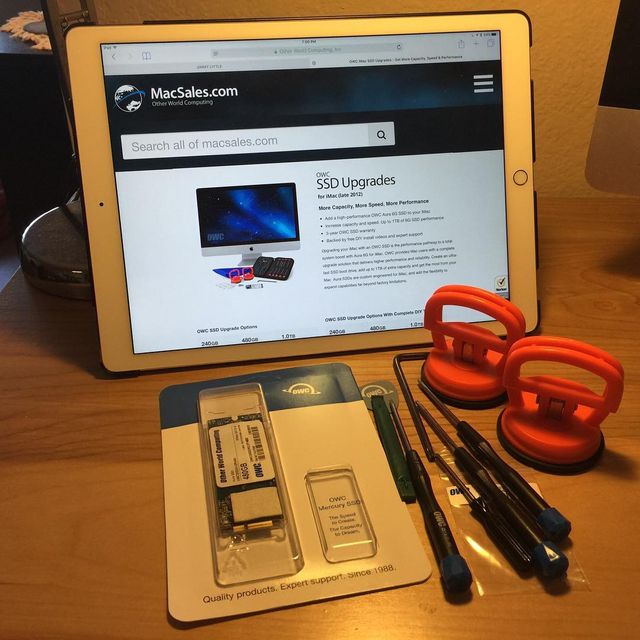 Updating my iMac's drive to an SSD