Are search engines biased? (Spoiler: No)

I’ve been seeing a lot of hoopla lately about people thinking search engines were biased for or against certain candidates. So, being a numbers guy, I decided to find out. I went to the 4 major search engines and tried a couple of searches. First, I searched for “2016 presidential candidates” on Duck Duck Go, Google, Yahoo, and Bing. Then, I searched for the candidate’s name plus the word “is”. The results are below.

“CandidateName is” Search on DuckDuckGo 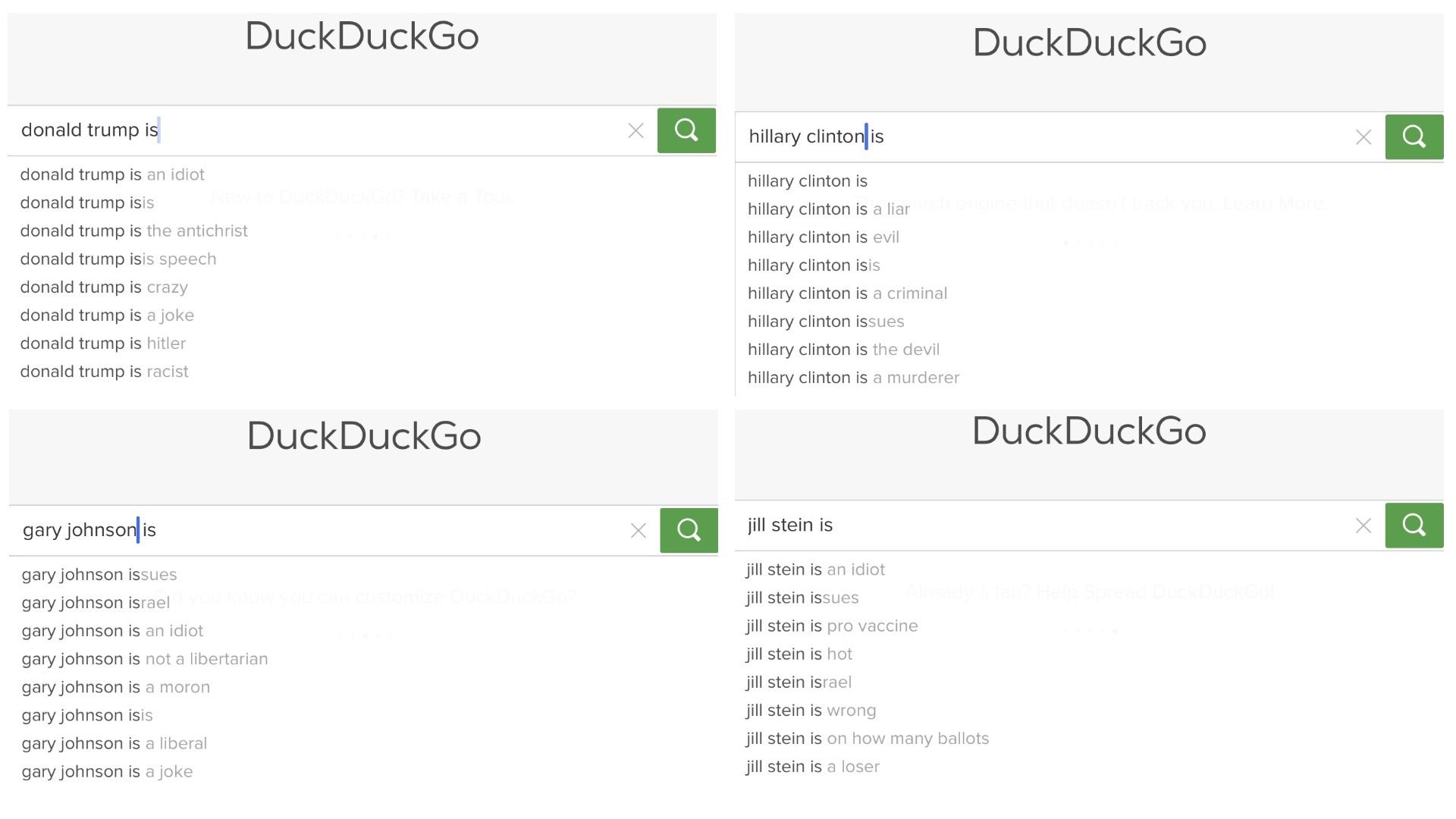 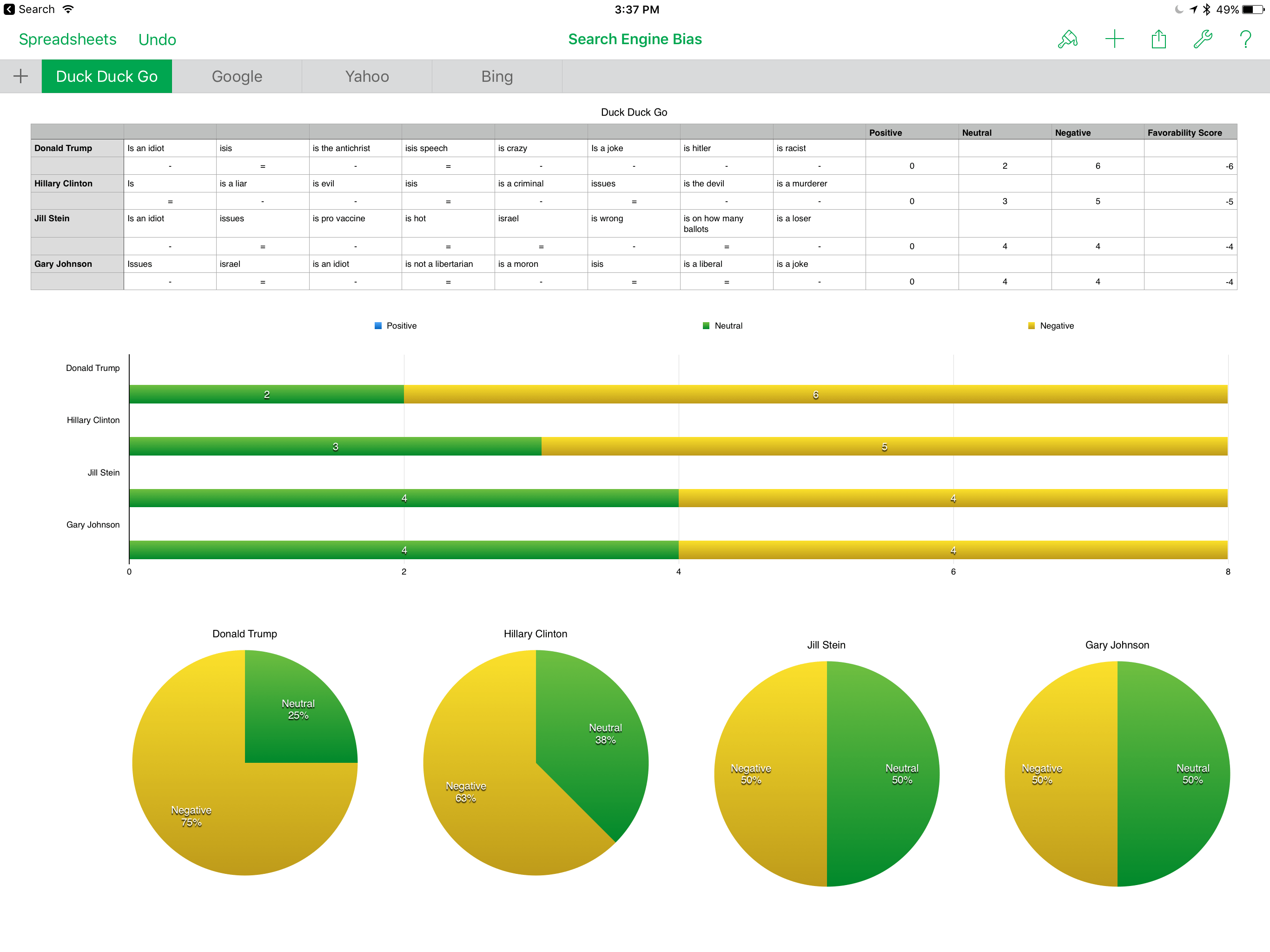 “CandidateName is” Search on Google

Google was far more positive overall than the other search engines. 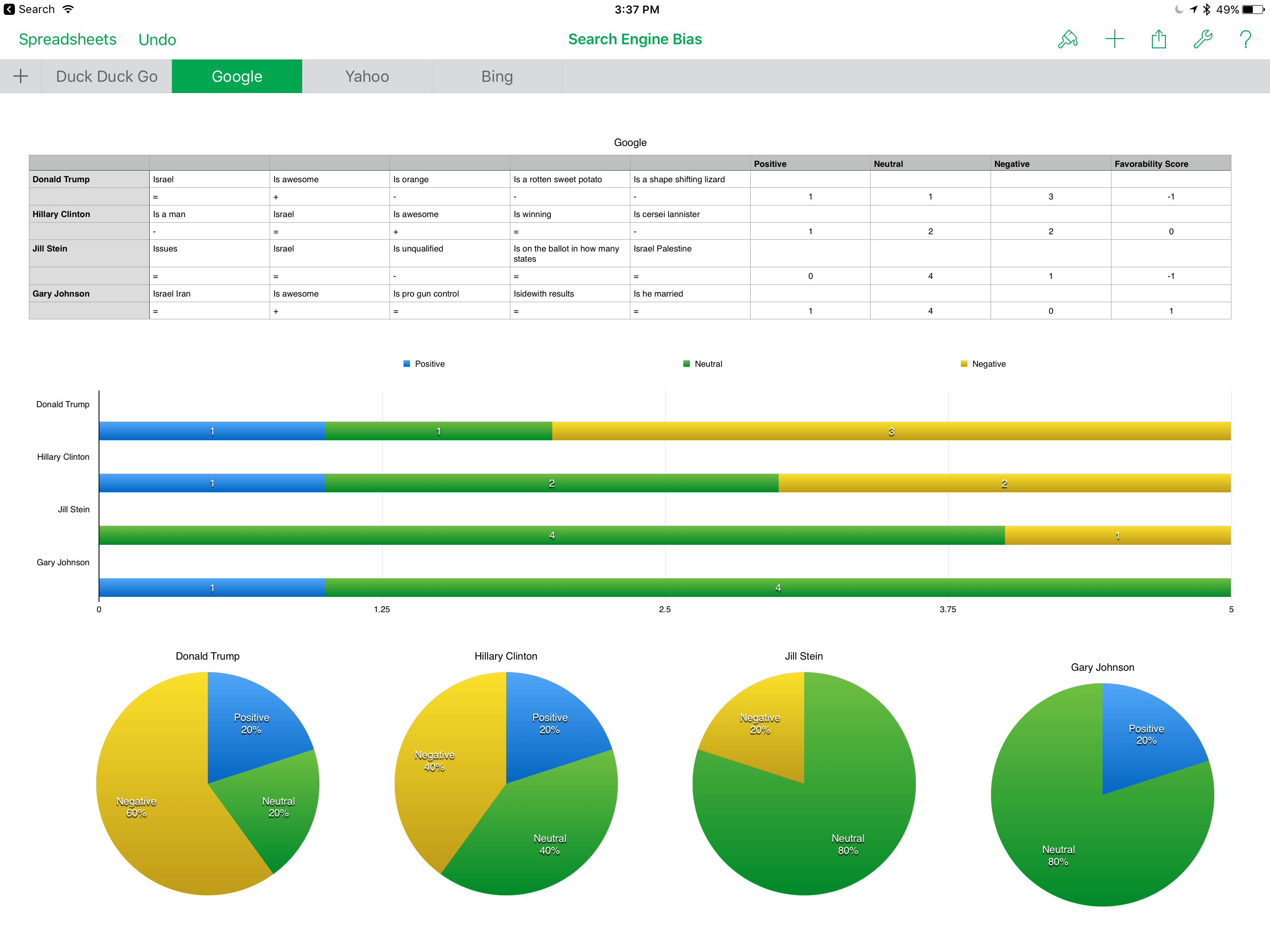 Yahoo did slightly better on the candidate search, but left out third party candidates and still lists Bernie Sanders, who bowed out weeks ago.

“CandidateName is” Search on Yahoo 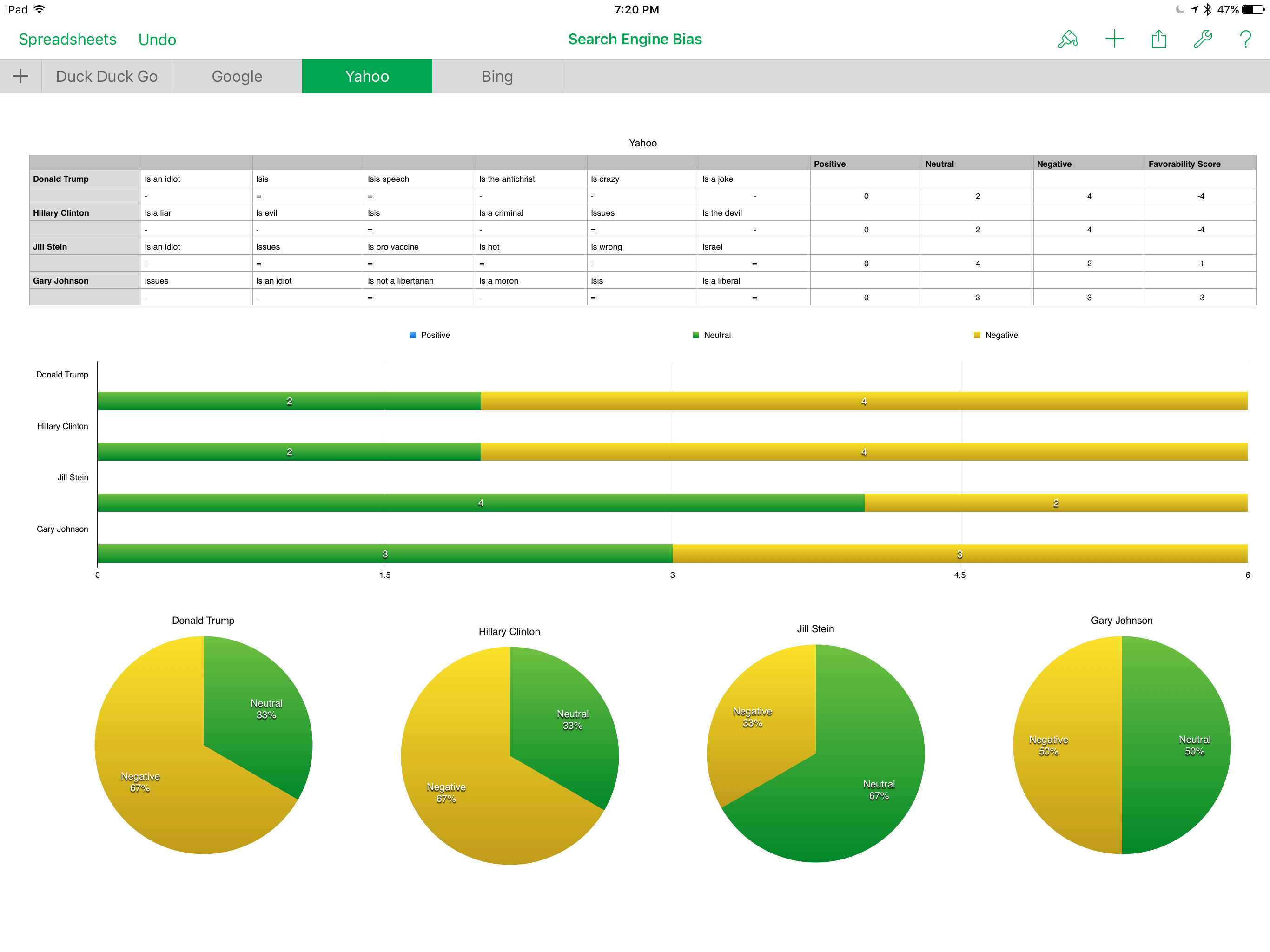 “CandidateName is” Search on Bing

Bing’s results had fewer overall negatives, but the negatives were a lot more vicious. 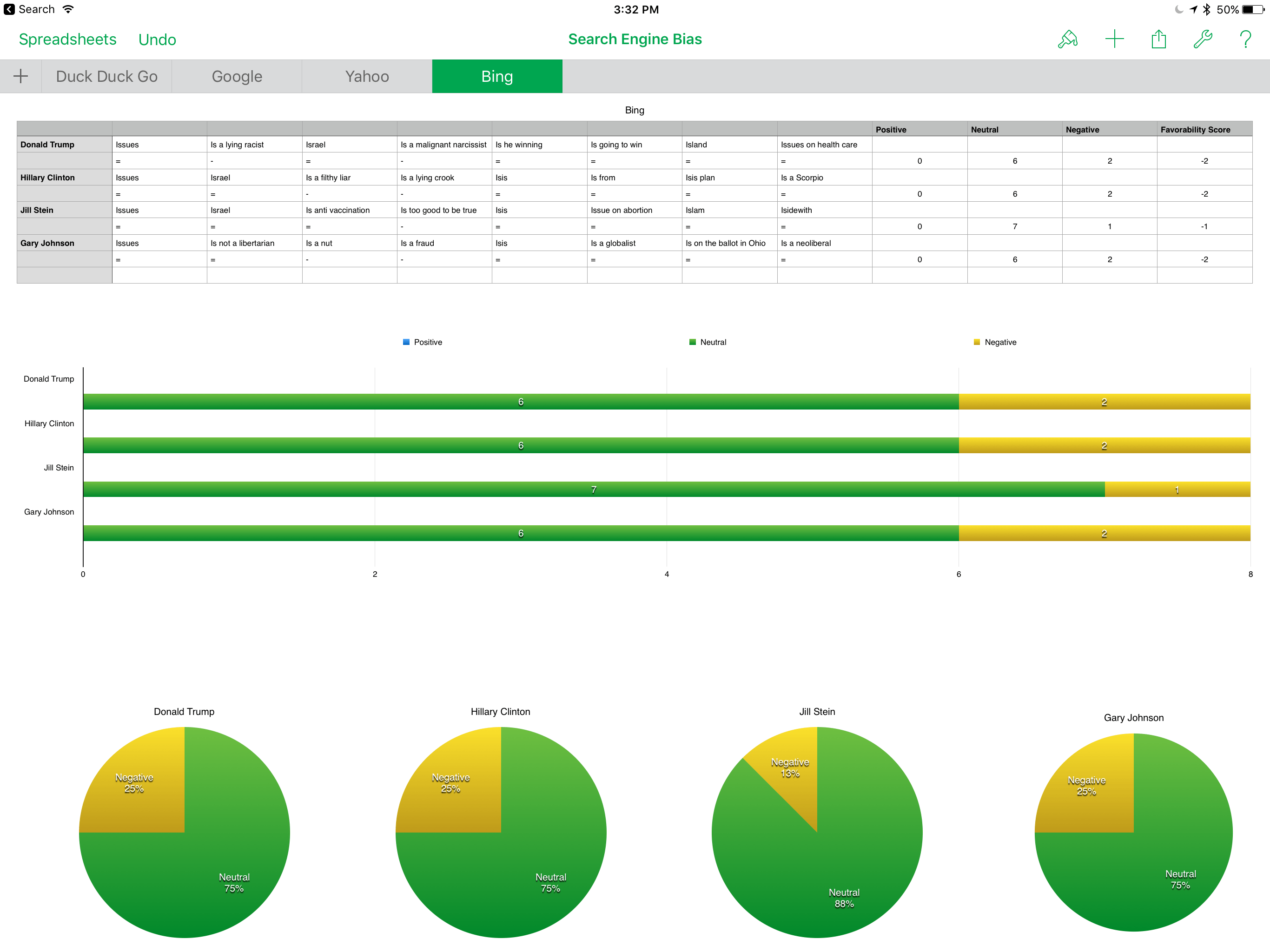 What does this all mean? We don’t really know. I can’t see any pattern of a specific search engine skewing results towards or against one candidate or another, as is being suggested all over Twitter. 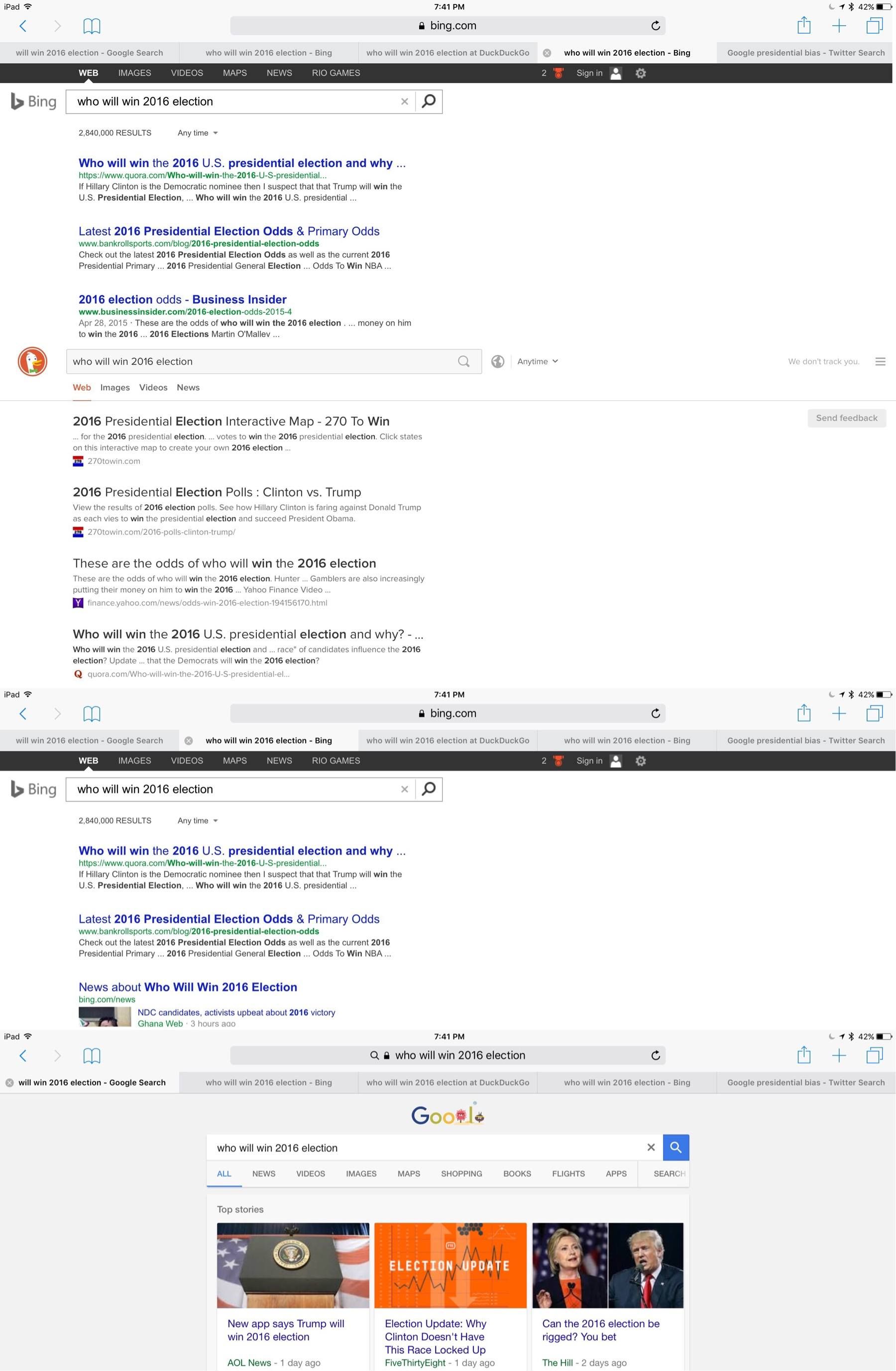 One big conspiracy I’m hearing is if you Google “Who will win 2016 election” you see Hillary Clinton. I tried this in all 4 search engines and did not see the same results. Again, these are above-the-fold screenshots. Google did come the closest to the above accusation after scrolling down, but it was in the form of a table that showed latest odds from predictit.org.

I just don’t see any search engine skewing search results, even a little.

If you are seeing it, tweet me some screenshots, and hashtag it #SearchBias. I’d love to see it. 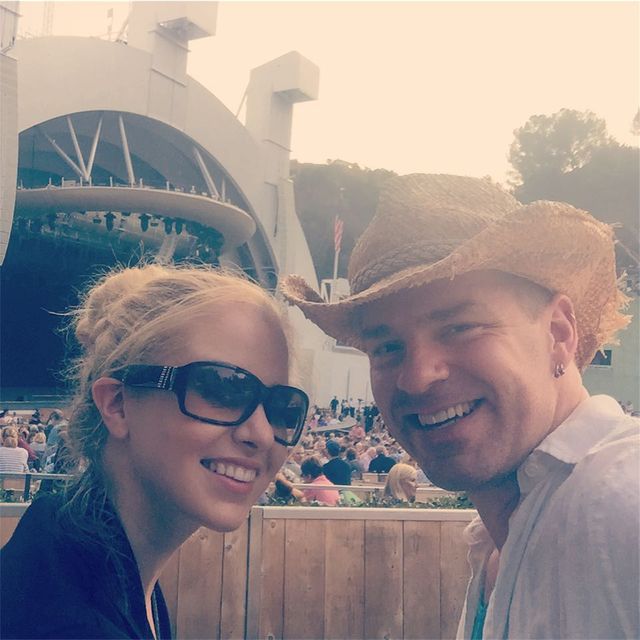 At the Hollywood Bowl
Next ⇨