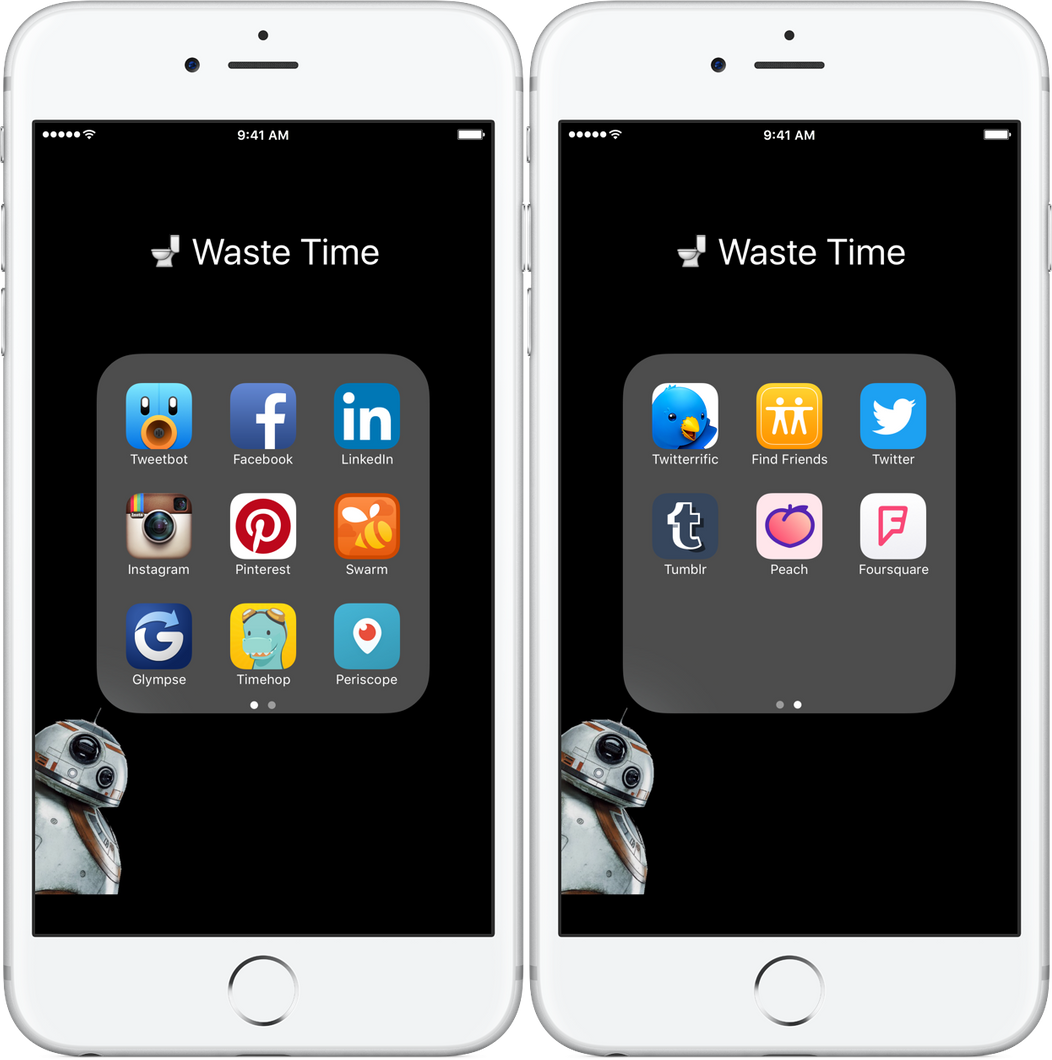 I’ve been converting my Squarespace blog over to Jekyll. It’s been fun learning new things (including basic Javascript and Ruby), and seeing old posts.
When updating some tags, I saw this post from 2012 with the social folder on my iPhone. 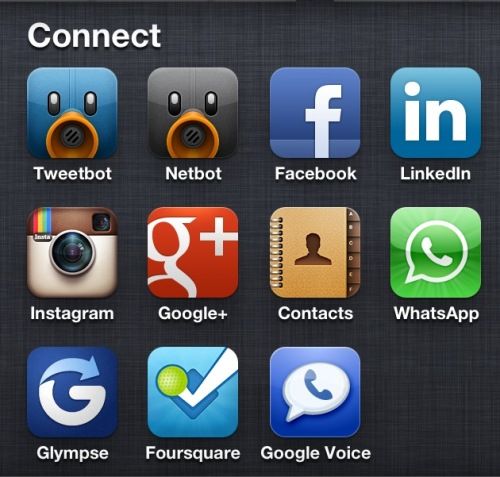 So, I decided to update. Here ya go: 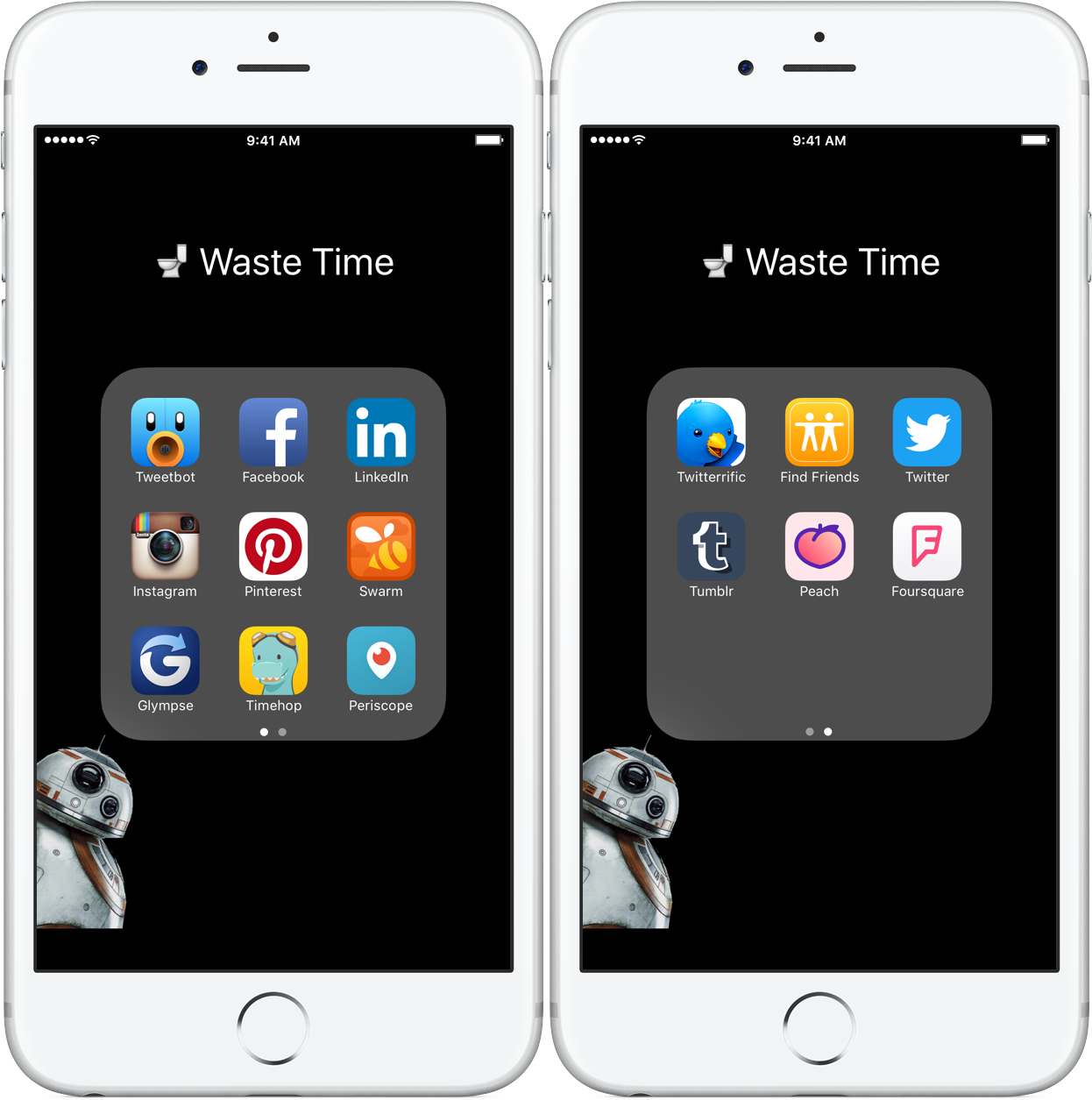 I also see how I’ve changed the folder name from “Social” to “Connect” to “Waste Time” with a toilet emoji. 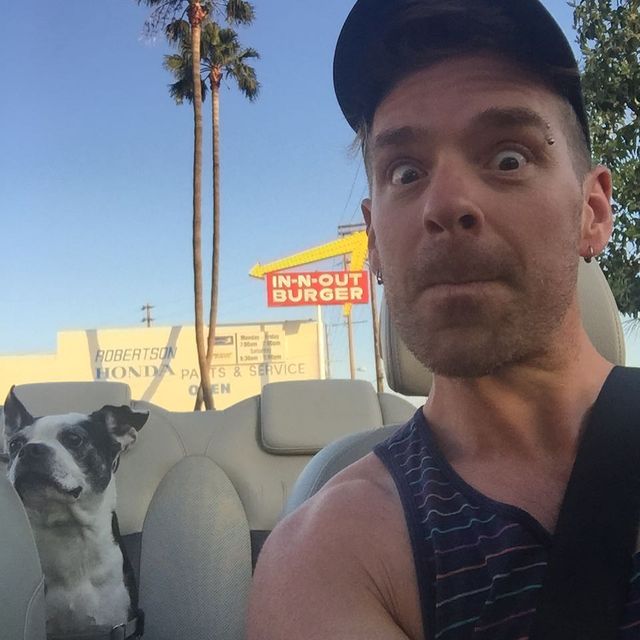 We are _so_ California right now.
Next ⇨ 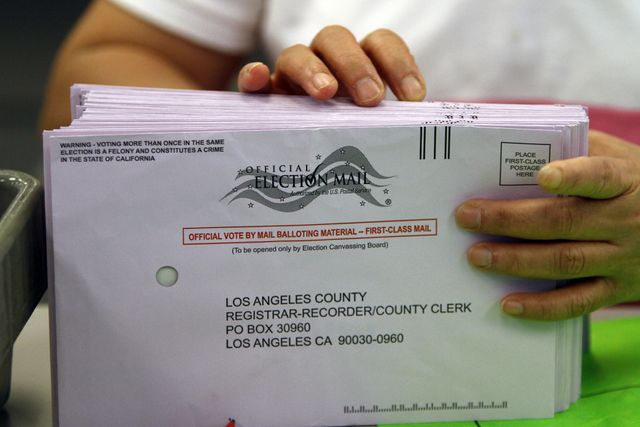