OK, it may be a little out there, but here’s my take on the situation…

First, Apple says the phone will be available in white or black, just like the 3G and 3GS. Then, when pre-ordering, everyone sees the “not available” caption under the white phone (pictured).

I have always been a fan of the white iPhone, because I think it shows fewer fingerprints and is more Appleish. (Yes, I believe Appleish is a word.) The new square, flat iPhone 4 even looks a little like the original iPod. But I won’t be getting the white one.

Not because it’s not available, but because I work in places that are not clean. I am a carpenter, a stagehand, and an animal lover. None of those three things are particularly sanitary occupations or hobbies. My iPhone 3GS shows signs of wear and discoloration on the back from the abuse it takes. The glass back and front of iPhone 4 will eliminate a lot of the discoloring, but the white home button on the front scares me. I don’t want a pristine white glass phone with a dirty button. I know what my Apple keyboard looks like, and it ain’t pretty. That button is still plastic and can discolor. I’ll go black this time.

Oh, about that conspiracy? Try this on for size: What if the white iPhone 4 is not going to be on AT&T?

Apple releases the black iPhone 4 tomorrow, lets it sell a couple million to AT&T subscribers, then announces that the white iPhone is a T-Mobile exclusive a few days later. T-Mobile would move from the #4 carrier to #3, surpassing Sprint. AT&T would have all those customers already locked in to a 2 year contract, which would mean they effectively get their 2012 exclusivity promise, and Apple can sell more phones to a totally new market. And Apple gets 2 carrier competition in the U.S. without manufacturing a CDMA phone.

A few (thousand) customers may get pissed that they were hoodwinked into buying into AT&T AGAIN, but that will pass. Given the choice, I’d stay with AT&T anyway. T-Mobile doesn’t have the coverage I need. And the lack of color choice? Who cares… 5 years ago, every phone was dark grey. My iPhone lives in a case anyway. 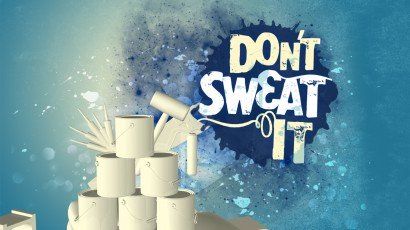 Thanks For Nine Great Seasons!
Next ⇨