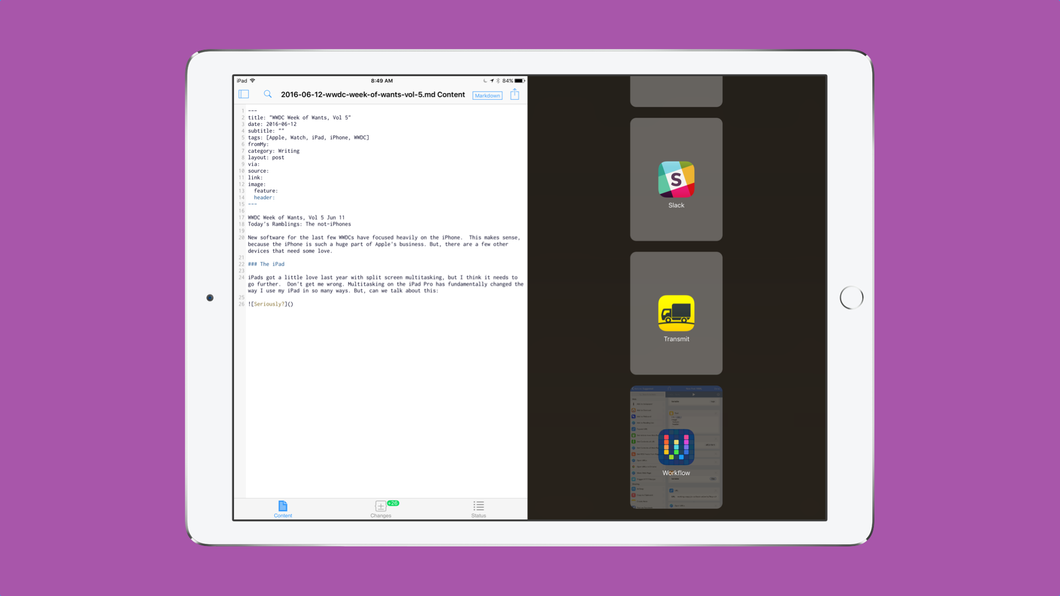 New software for the last few WWDCs have focused heavily on the iPhone. This makes sense, because the iPhone is such a huge part of Apple’s business. But, there are a few other devices that need some love.

iPads got a little love last year with split screen multitasking, but I think it needs to go further. Don’t get me wrong. Multitasking on the iPad Pro has fundamentally changed the way I use my iPad in so many ways. But, can we talk about this:

The UI for multitasking needs to be thrown out and rewritten. When I open the picker in the right pane, I see three giant icons of the most recent apps that I used right pane. If I enter the system multitasker, both panes go away and I see the last couple apps I used in either pane. If I switch to a different app that I previously used full screen, it will pop into the left pane of multitasking, but if I switch from a full screen app to an app that I was previously multitasking with, it goes to full screen, not the split view. It’s maddening.

There is a 80% chance that when I open an app from the app switcher, I will have no fucking idea where it will appear.

I made that quote up, but I’m sure it can be attributed to most iPad power users. There are a lot of ways to fix this, but I think the folks over at MacStories have one of the best ideas: 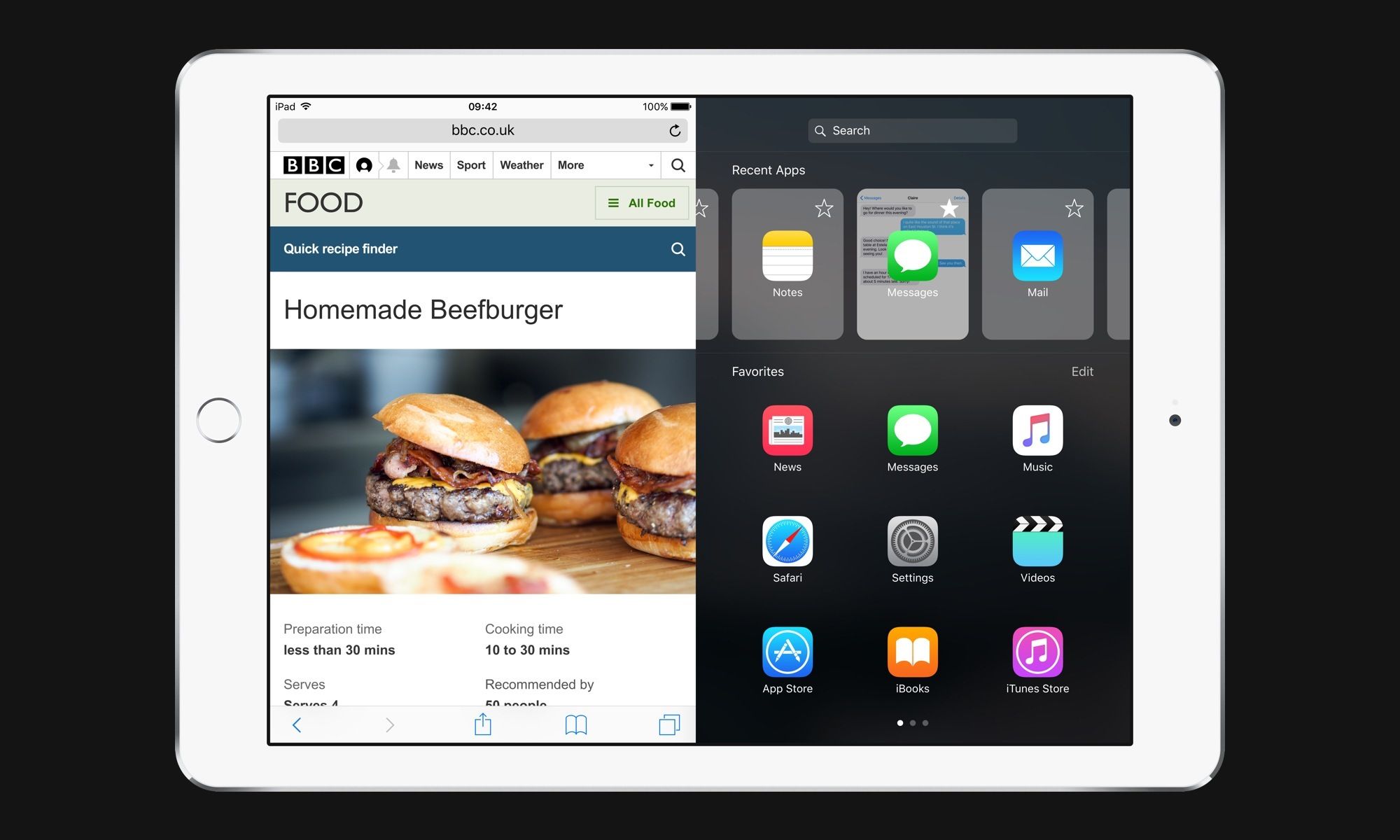 Fixing multitasking, and adding a split screen keyboard back to the iPad Pro would go a long way towards making it an even more powerful computer.

Then everything kinda stopped. Most apps haven’t had meaningful upgrades, Apple has really slowed down the universal search integrations, and things are kind of stale.

I’m a very casual gamer, and I have a few games on the AppleTV, but I rarely play them. To me, the AppleTV is best for watching stuff. I use Netflix and Plex by far the most. I have cable and a big DVR, so most streaming apps are more pain than they’re worth for me. A few quick things I’d like to see updated:

I love my watch. I use it constantly, every day. Notifications, health tracking, triaging email as it comes in, creating text notes, locking my computer, walking directions, and a ton of other stuff just works better (for me) on the watch.

But a lot of things are horrible.

I already wrote about home stuff, so there’s not much more to say here. I just think it’s important to remember that Apple does have a home platform that is supposed to integrate with iOS and Mac that currently does so on the most rudimentary level.

I only pick apart this stuff because I am a user. If I didn’t use this stuff every day for work and play, I wouldn’t care so much. Everything works pretty well right now, but it can always be better, and that’s why nerds like me have so much to say leading up to WWDC.